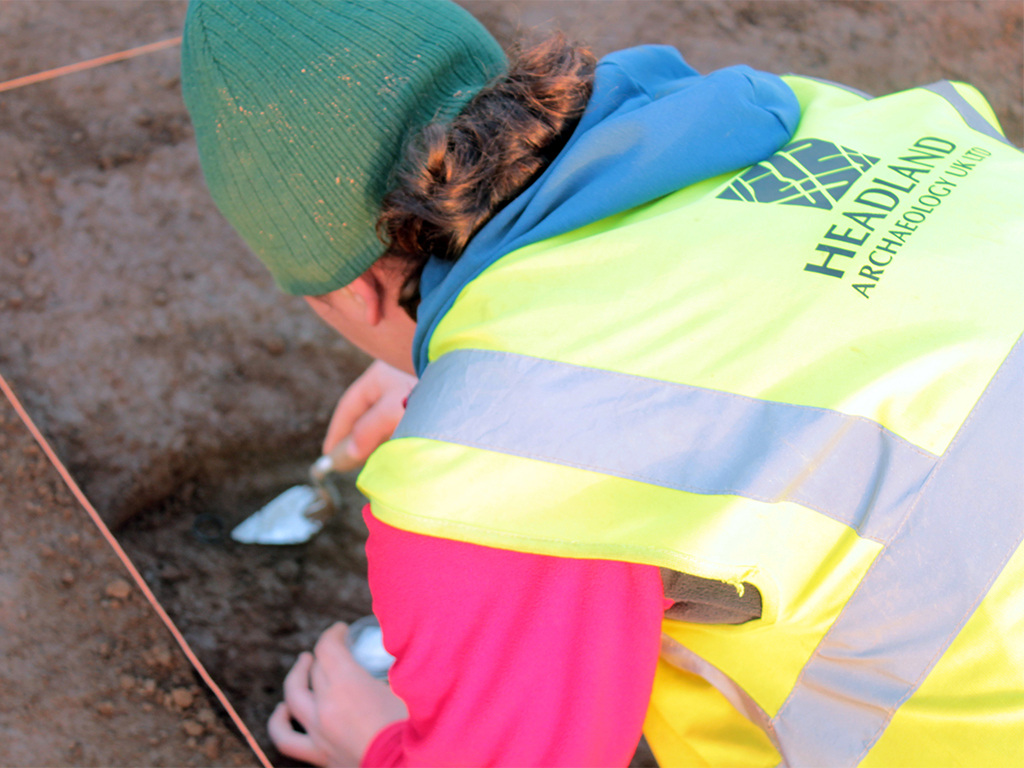 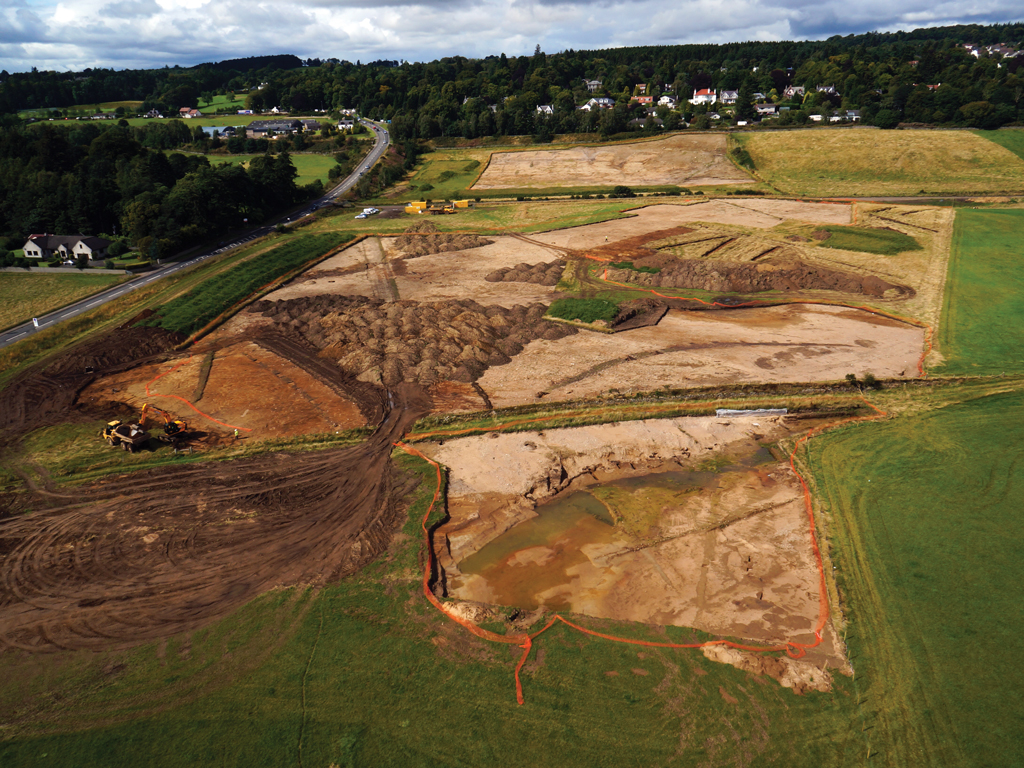 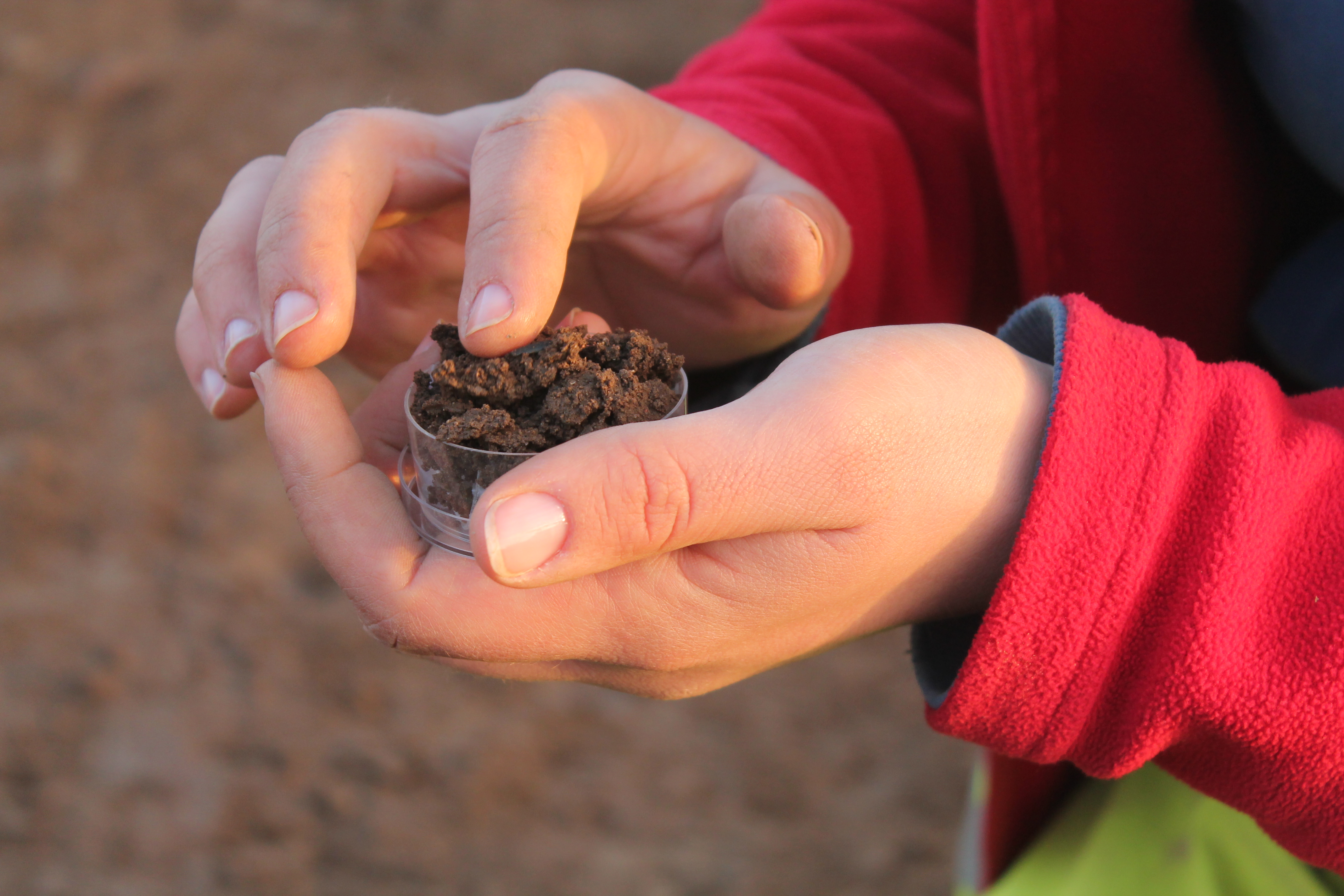 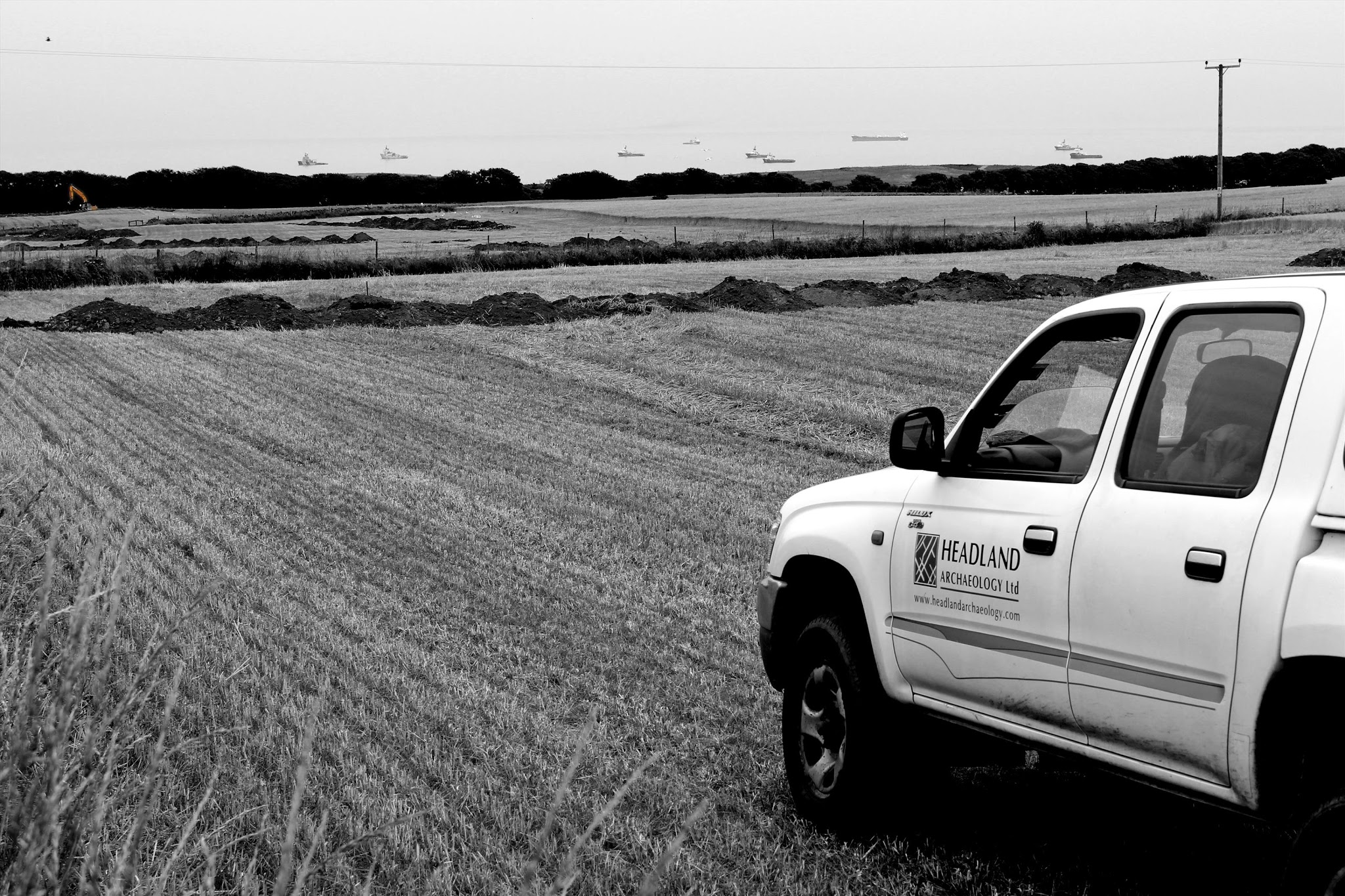 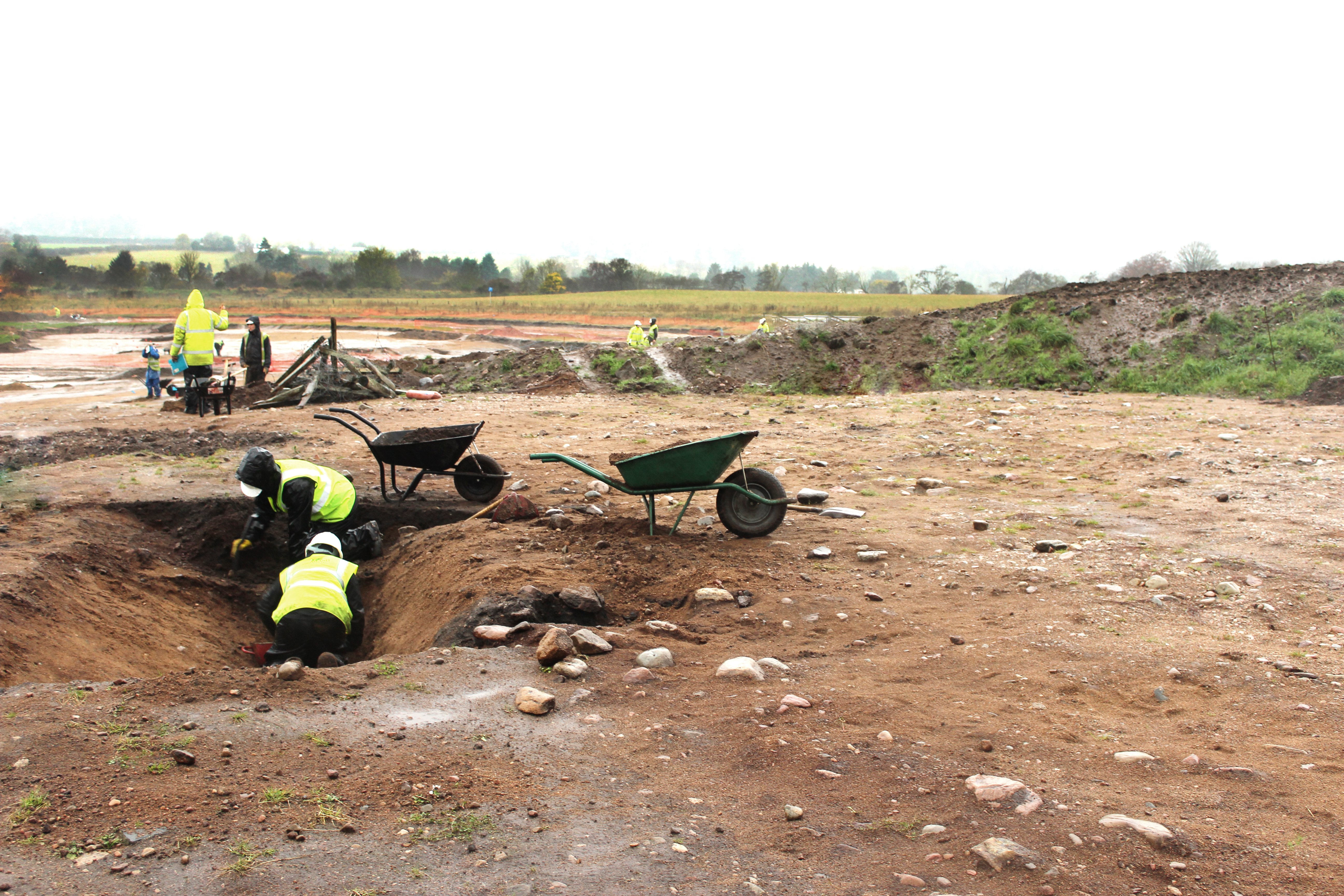 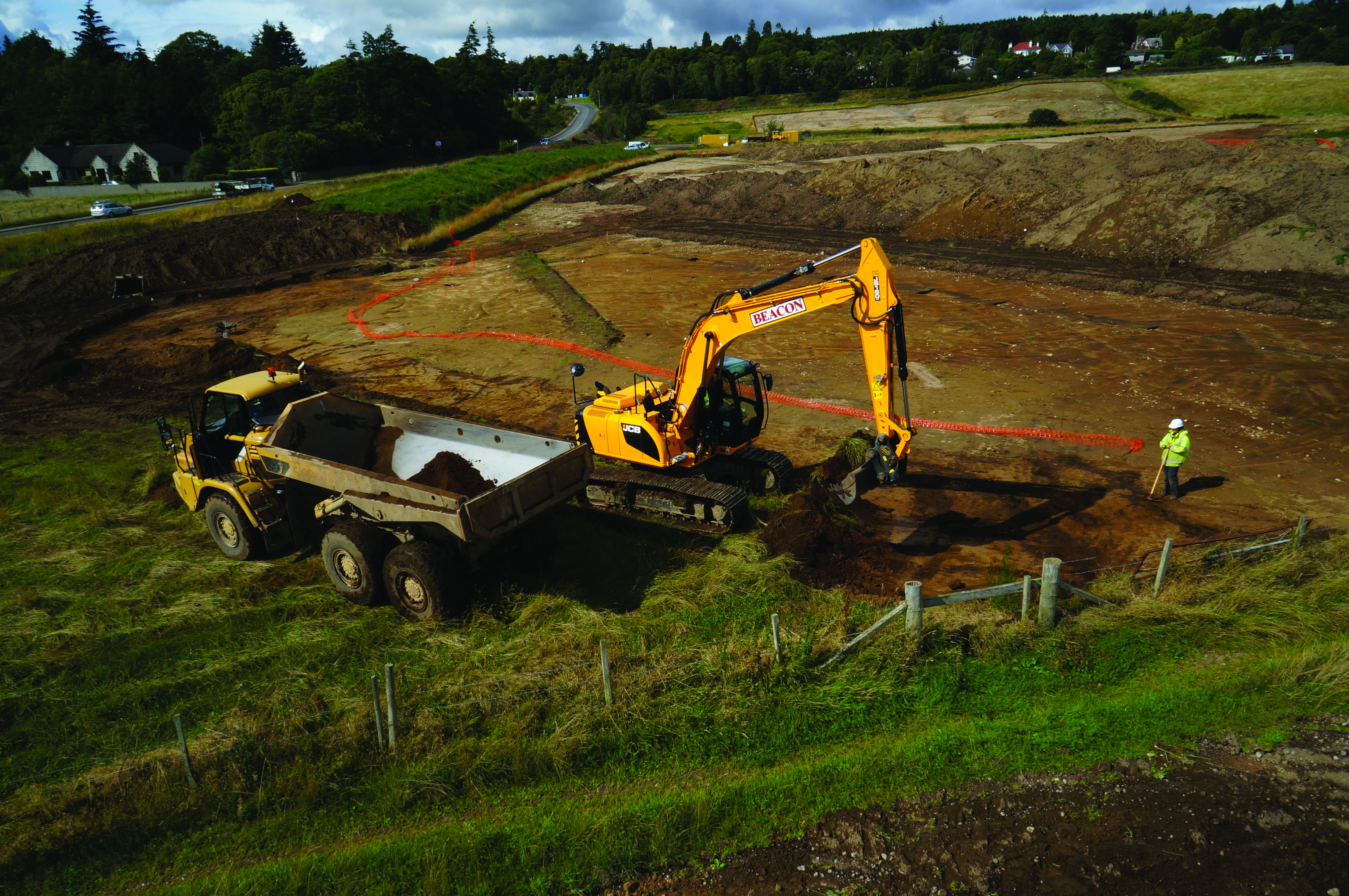 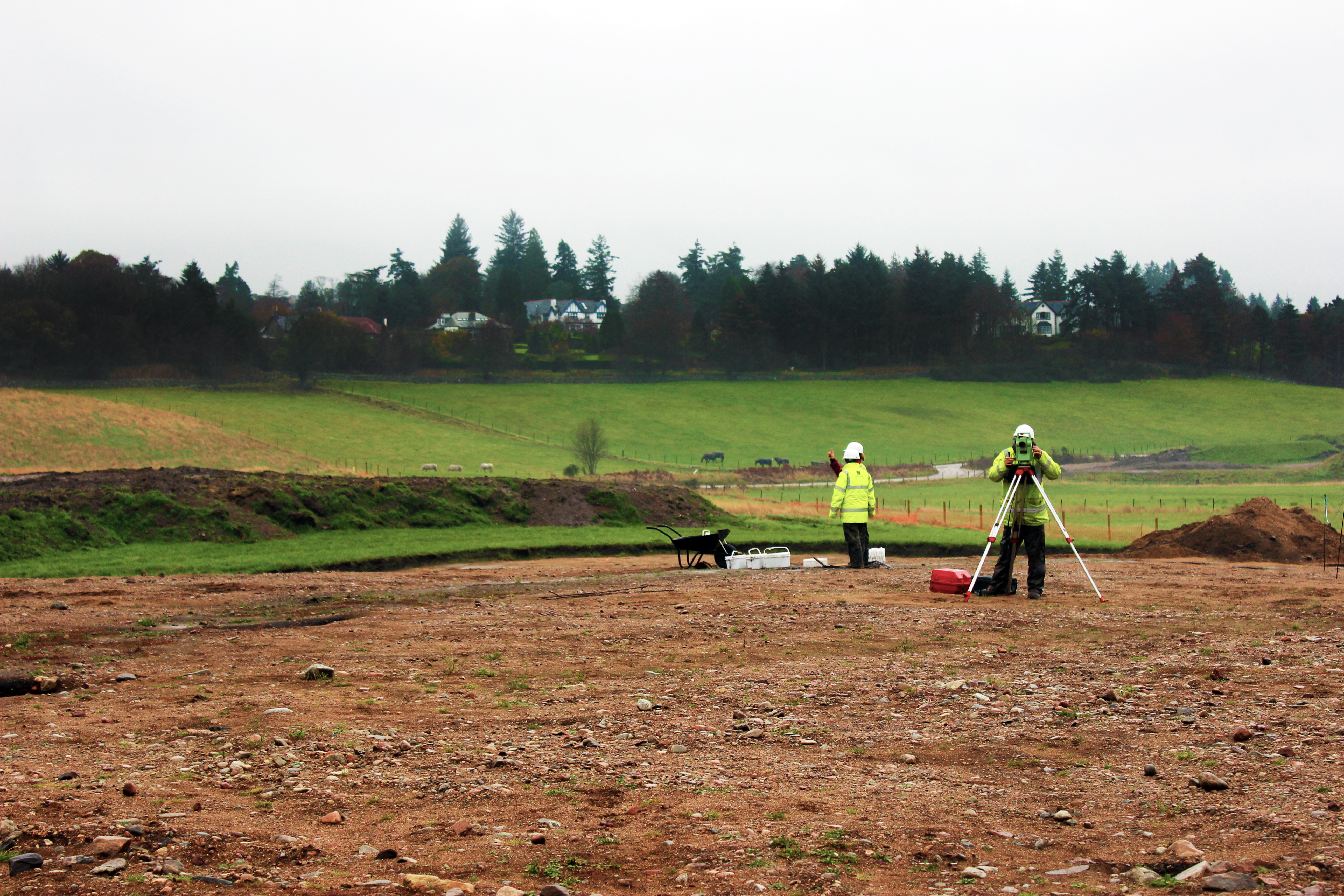 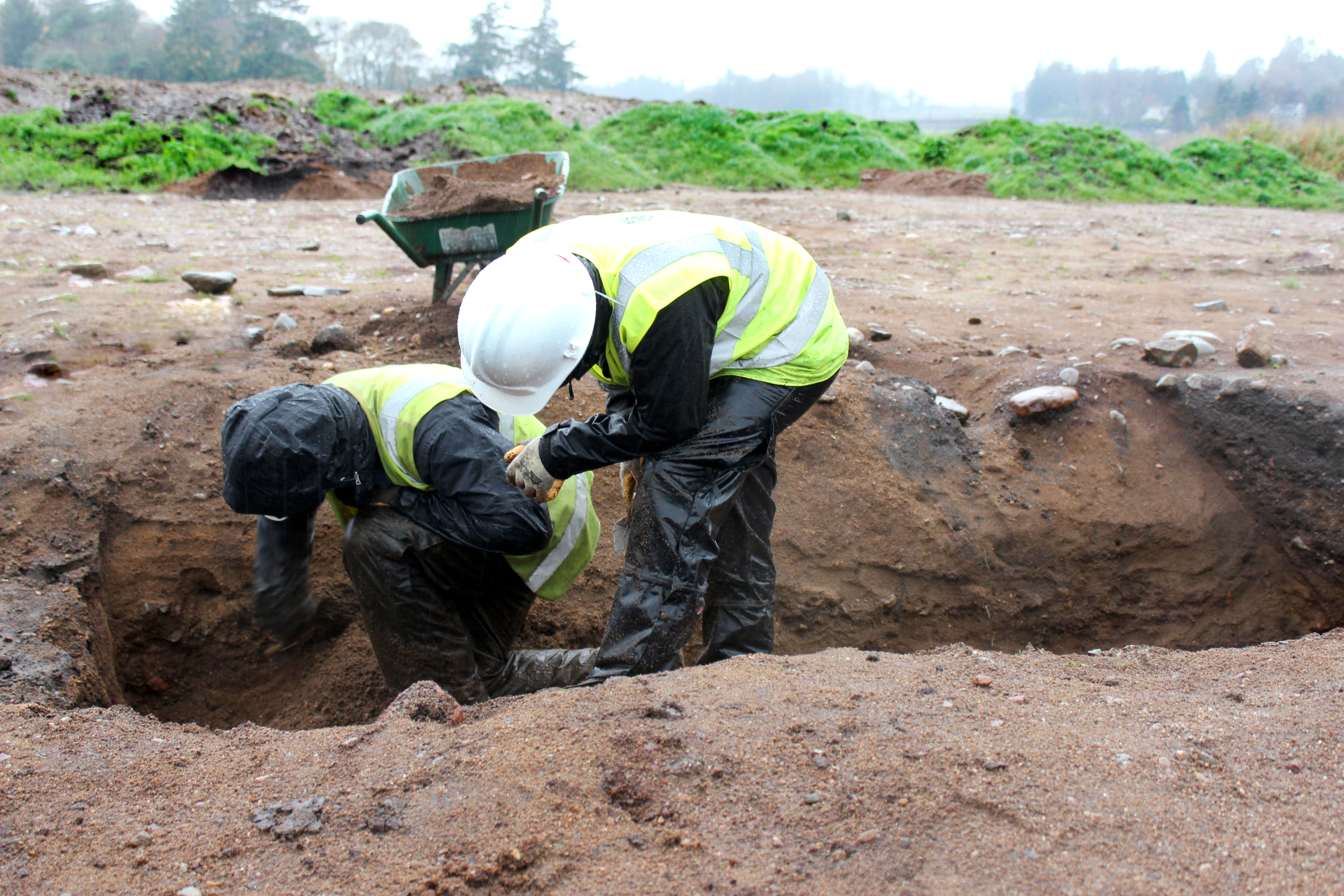 Headland acted as Principal Contractor during the archaeological works of the 58km Aberdeen Western Peripheral Route/Balmedie-Tipperty (AWPR/B-T). This required extensive resources, excellent project management along with logistical and Health & Safety challenges. The first stage of advance works involved several non-invasive surveys in 2012 along all four sections of the road corridor. The surveys involved a suite of different techniques aimed at establishing the potential for unknown archaeology to be present, including a 520ha geophysical survey, one of the largest single surveys of its type. This was supplemented by topographic surveys, historic building surveys, field-walking and environmental coring, all undertaken by Headland’s in-house specialists.

In 2013, Headland began invasive archaeological works designed to identify areas of archaeological risk in advance of construction. The site works (c. 2000 trenches) were completed within a compressed 12-week period, and critically, all reporting was completed on time and budget, which allowed the mitigation stage of the works to be promptly designed by the consultants.

The final stage involved targeted topsoil stripping at 45 locations and mitigation excavation of 15 sites in 2015/16. Post-excavation work is in progress with a publication due in 2017. Headland is currently acting as the Archaeological Clerk of Works during the construction phase working directly with the Joint Venture Design and Construction Teams.

As Principal Contractor throughout the pre-construction stages, Headland took the management lead on a variety of operational issues. This included successfully agreeing access with over 100 landowners; programming the work around crops and livestock to minimise disturbance to affected farmers; securing permissions from statutory bodies and utilities; co-ordinating the work of sub-specialists on the scheme; and all traffic management.