Our archaeologists have begun the main excavations at Park Street, Birmingham, for the HS2 railway project. The work concentrates on a 19th century burial ground, but findings from the site are revealing what life was like in Birmingham at the time. In this blog we explore the city’s links with the humble button. 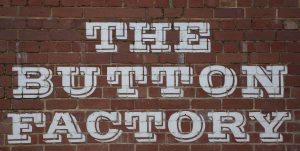 Birmingham, button factory to the world

Birmingham has a long history of metalworking and by the end of the Victorian period had developed an international reputation for metal production, making everything from boxes, trinkets and cheap jewellery (known as toys) to guns, pins, pens and buttons. In fact, the city came to be known as the “the toyshop of Europe” and the “City of a Thousand Trades”. As manufacturing increased so did the population, swelling from around 7,000 in 1700 to 73,670 in 1801, becoming the third biggest city in the country after London and Bristol.

During this time Birmingham would come to dominate the button making trade. This came through a combination of factors including access to materials, skills, labour force and linkage to markets – which in no small part was due to the trailblazing railway network the city was connected in to. A vast range of buttons were made in the city from the very fancy to the very plain. You could buy gilt buttons, silvered buttons or electro-plated buttons, buttons coated in silk, made from mother-of-pearl, steel, wood, bone or horn.

At the height of the industry over 8,000 people were employed around the city, most of them women and children.
The city was probably most famous for making shell buttons from mother-of-pearl, with the shells being imported from Australia, the South Pacific, Malaysia and the Americas. The shells were fragile, and it was delicate work to turn them into buttons, with 80 different processes needed to make the most valuable buttons.

Previous archaeological digs in the area have proven that the roots of the industry can be traced back as far as the Middle Ages. Animal hoof and horn are natural by-products of meat production. Both would have been easily attainable from the nearby slaughterhouses and were ideal raw materials for button making.

In the late 1700s the majority of this button making work took place in the yards to the rear of the cramped back-to-backs where the button workers lived. Each family would have been responsible for a single part of the process. Consequently the industry connected families together and forged communities. As the 19th century went on the industry became more and more mechanised and these processes moved into bigger factories. So much waste was produced during this work that big pits were dug around the city to bury it all.

William Elliott’s factory of 1824, in the Jewellery Quarter, where he patented cloth covered buttons

During our trial excavations at Park Street we found several buttons made from mother-of-pearl within the burial ground and also uncovered some mother-of-pearl that had button shaped holes punched out of it. These finds give us an opportunity to explore first-hand how these buttons were made and the intricate skills and processes involved.

Explore some of the highlights from Birmingham Museums button collection here: http://www.bmagic.org.uk/objects/1953F87

The archaeological programme at Park Street in Birmingham is being carried out by our experts on behalf of LM for HS2 Ltd. To find out more about the programme visit www.hs2.org.uk or for information on what is going in your local area or how you can get involved head to https://hs2inbirmingham.commonplace.is/.

Explore the archaeology programme on social media with #HS2digs