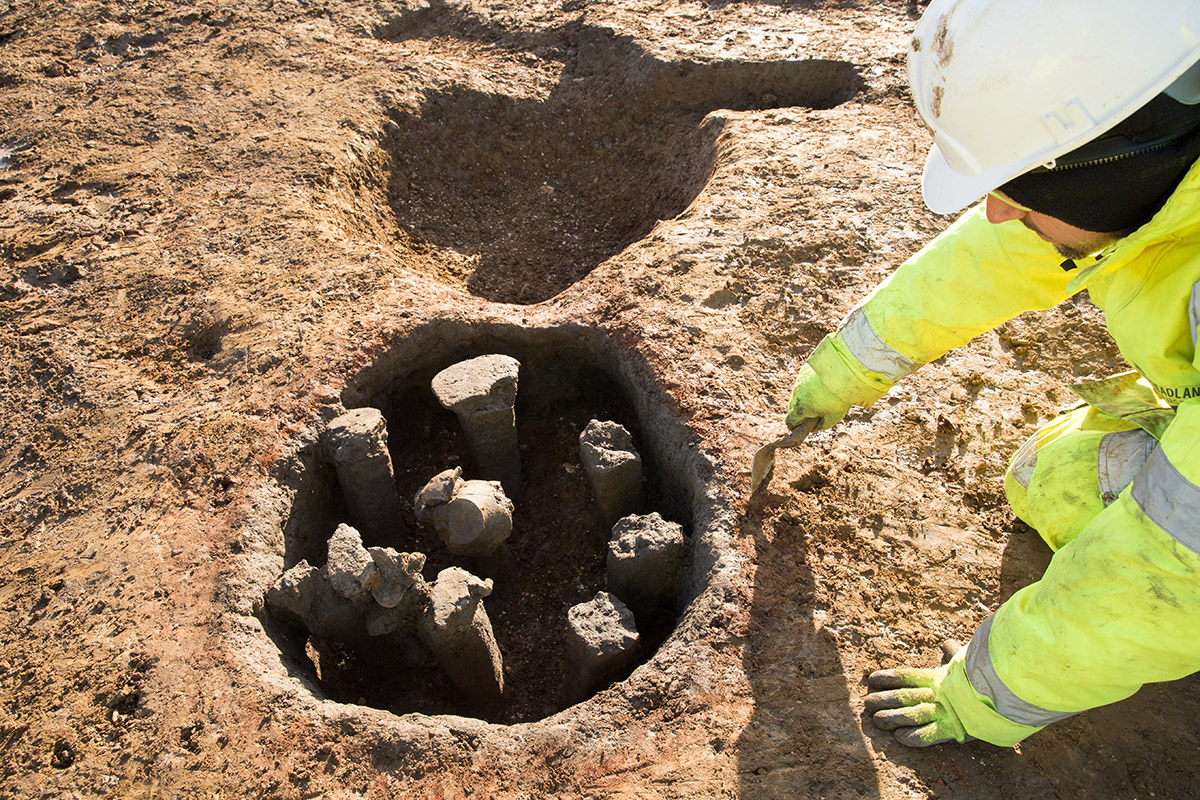 The Romans revolutionised pottery making in the UK, bringing with them new technologies that paved the way for mass production across the country.

Archaeologists working on the A14 Cambridge to Huntingdon improvement scheme have unearthed evidence of 40 early Roman (1st and 2nd century) kilns and tonnes of domestic Roman pottery, a nationally significant discovery. The finds were made close to Brampton and Godmanchester in Cambridgeshire near the River Great Ouse, where a number of Roman routes converged.

Pottery can help us to date features on archaeological sites and give us clues about domestic life and trade, but it is the evidence for the production of the pottery itself on this project that is proving to be particularly interesting, especially coarsewares for food storage and cooking made using a potter’s wheel and high temperature firing.

It is extremely exciting to have so many of these kilns spread across the landscape and we are looking forward to exploring the relationships between them further in post-excavation. First, however, we need to take rapid but detailed records of them using some trusty technology of our own: photogrammetry. MOLA Headland Infrastructure photogrammetry experts Daniele and James explain how this works:

“Photogrammetry is a very useful tool for archaeologists – it helps to accurately record and understand, analyse and interpret both landscapes and individual objects in 3D.

It’s used to model entire landscapes and even individual objects; it can show up earthworks not visible from ground level; and it allows for accurate measurement and viewing of features (like kilns) from different angles, which allows us to better interpret them.”

You can explore the results of this photogrammetry work for yourself: click the images below to explore the interactive 3d models which show the shape and construction of two Roman kilns dating to the 2nd century in incredible detail. 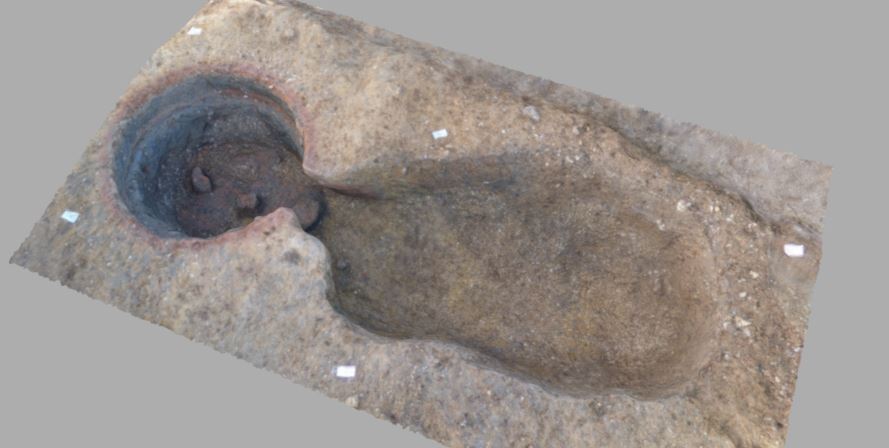 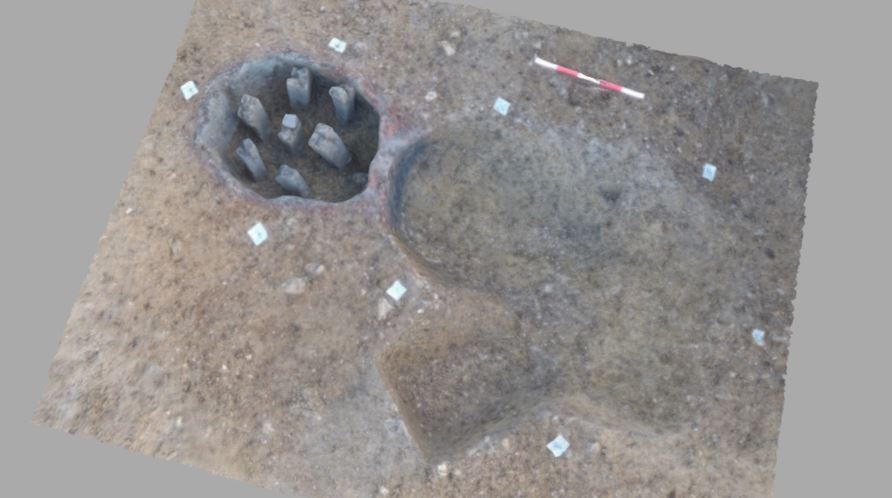 Before the introduction of kilns, pottery had been fired on bonfires. Thanks to Roman technology, the products became thinner, harder and more uniform than the prehistoric pottery that came before it, or the Anglo-Saxon pottery that came after it, making it easy to distinguish in the archaeological record.