Archaeology of A14C2H from the air12 Apr

Come with us on a birds’-eye-view tour of the archaeology of the Cambridge to Huntingdon improvement scheme!

Aerial photos and video of archaeological sites provide invaluable information about features that cannot easily be seen or understood from the ground. Online tools make it easy for anyone to look at our cities and countryside from above, but for these detailed archaeological surveys we call on our fully-licensed pilots who use remote-controlled UAVs (unmanned aerial vehicles) or ‘drones’. 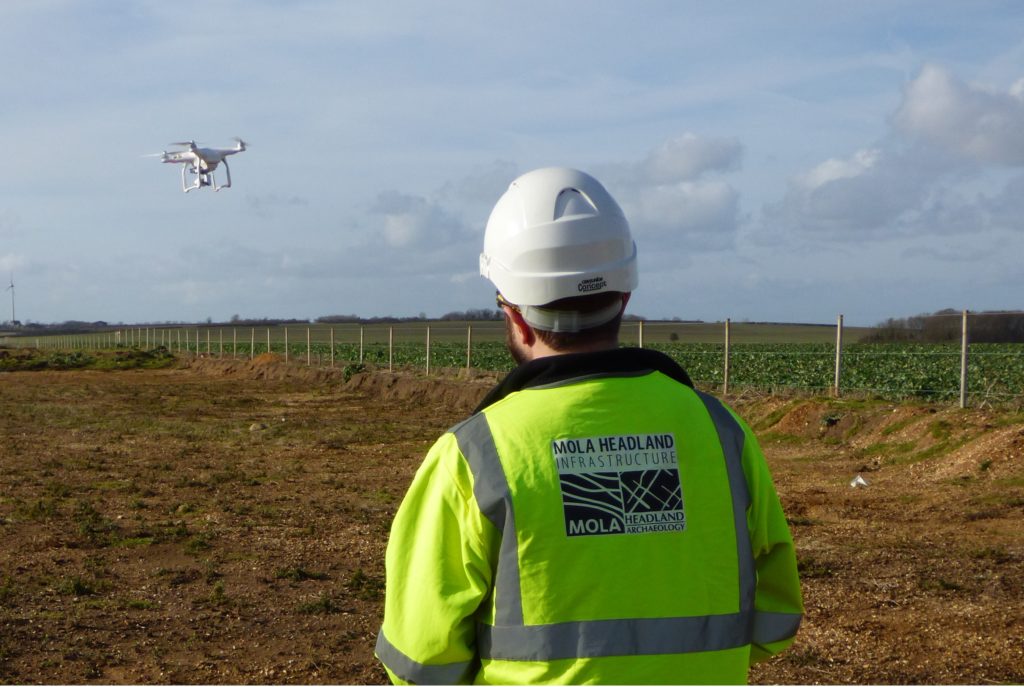 There are a number of different circumstances in which archaeological features, such as boundary ditches, earthworks for ancient monuments and other structures, become more obvious from the air. Firstly, when waterlogged, ditches that are rich in organic material (like food waste) can show up more clearly as this soaks up the water like a sponge, making it darker in colour.

Differences in crop growth can indicate what lies beneath. For example, crops tend to grow taller over buried ancient ditches where their roots are able to extend deeper, whereas they tend to be shorter over walls that inhibit their growth. Lastly, in winter the low-angled sunlight casts shadows revealing bumps in the ground. This can highlight the remains of earthworks, disused trackways and field boundaries less visible from the ground.

The details revealed by aerial survey are amazing – take a look at this 3D photogrammetry model of an archaeological site at Bar Hill near Cambridge.

This is an enhanced ‘orthomosaic’ picture of an excavation near Brampton Park. Using digital technology to process the photographs taken, the images are adjusted to fit with each other correctly so they are as accurate as a map (ortho), and then stitched together (mosaic). 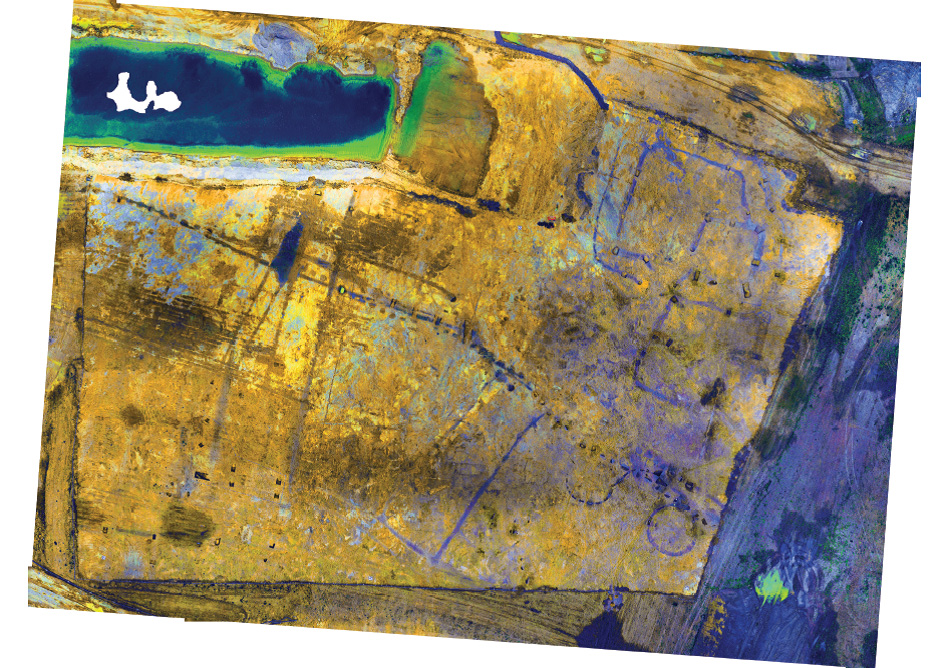 Picked out in dark purple across the centre of the image is a prehistoric boundary shown by a line of pits. To the right of the picture a later Iron Age (c. 100 BC to 43 AD) settlement is seen in the form of a series of concentric rectangular enclosures, and below that two circular ditches mark the location of round houses.

This vertical photo taken near Conington, Cambridgeshire shows a circular feature, possibly a round house, inside a double-ditched enclosure of Bronze Age date (c. 2,300 – 700 BC). This was perhaps a boundary marker to keep people or animals in or out (it runs left to top centre and turns off to the bottom right of the image). As a digitally created orthomosaic this image can be directly compared with site plans. 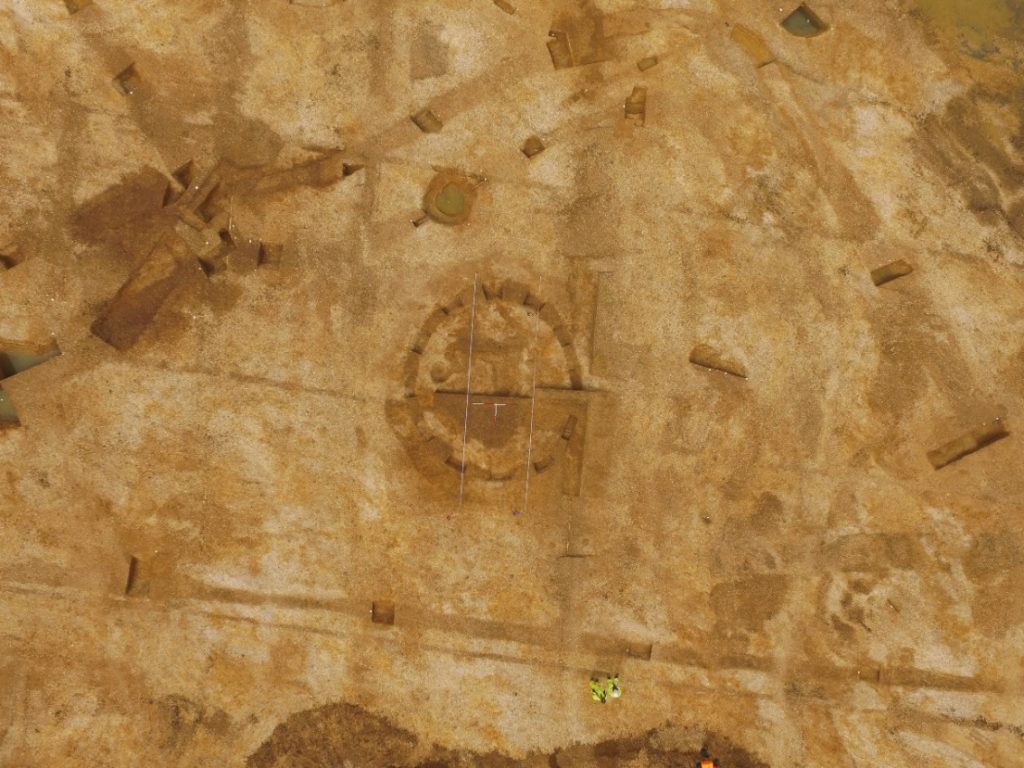 This view looking down the A1 south near Brampton Cottages is a beautiful shot  of a Neolithic circular ‘henge’ monument, thought to have been used as a ceremonial space.

To the right of the henge  are the outlines of Saxon (410 – 850 AD) buildings marked by the holes where timber posts once stood, with wells nearby.

This picture of a site near Brampton Hut services, looking south down the A1 reveals a series of Iron Age (c. 800 BC – 43 AD) enclosures in the front of the picture. The big, dark curved features above and below it represent silted-up river channels, used as a water supply by farmers.