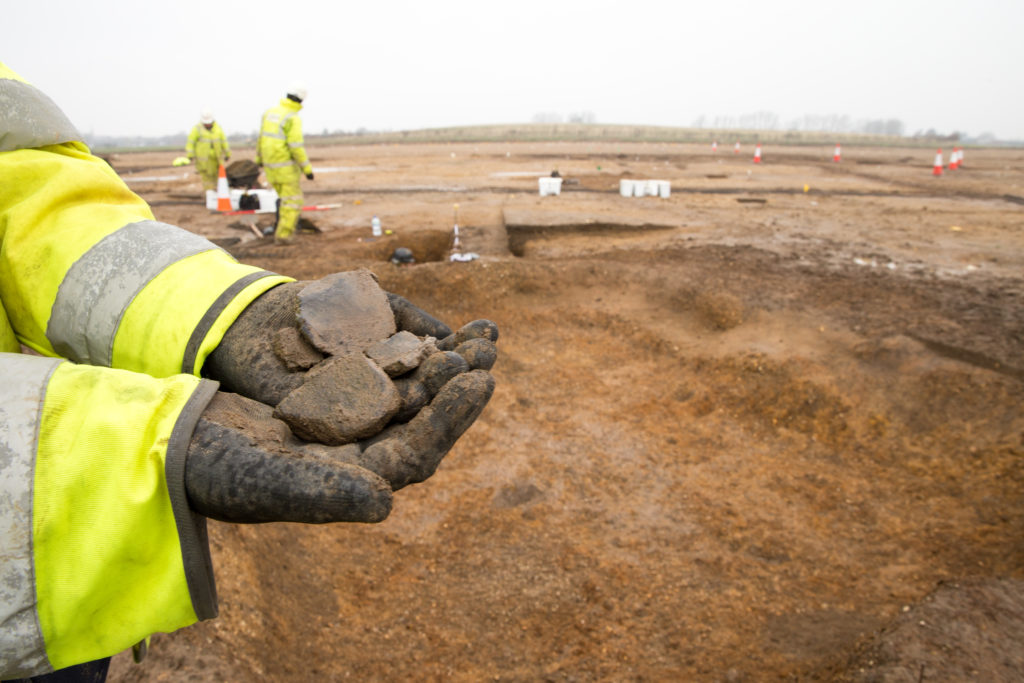 Finding the Anglo-Saxons in Cambridgeshire02 May

Thousands of years of history have appeared before our eyes during archaeological work for the A14 Cambridge to Huntingdon improvement scheme, but discovering the remains of three of the largest Anglo-Saxon settlement areas ever investigated in Cambridgeshire came as an unexpected and fascinating surprise to our archaeologists.

These settlements provide an amazing opportunity to trace the Anglo-Saxons across South Cambridgeshire between the 5th and 10th centuries. We’re uncovering incredible evidence about how people were communicating across a vast landscape, and are unpicking the fabric of their daily lives.

Around half a mile from the modern village of Conington, we discovered a Middle Saxon (7th-8th century) fortified settlement sitting on a raised gravel ridge surrounded by a defensive ditch; a rarity for the region. Its height would have afforded a significant vantage point over the flat Cambridgeshire landscape.

Evidence suggests that the enclosure had an imposing gated entrance and tall wooden posts which could have held beacons for communicating with other communities across the landscape. This looks to have been a very important place for the Saxons, who had much to defend there as it sat on a Middle Anglian tribal boundary between the larger Mercian and East Anglian kingdoms. We think Conington may have had royal connections. The word ‘Conington’ means ‘King’s enclosure’ or ‘estate’ (cyninges-tun in Old English).

The settlement is next to a Roman stopping point or inn (known as a “Mansio”) and is thought to be a look-out post or checkpoint to control traffic along the old Roman road to the North (which forms part of the modern A14). We know from finds like spindle whorls, loom-weights, finely made bone combs (pictured below) and a huge amount of distinctive Maxey Ware pottery that this was an established and industrious settlement of farmers, weavers and skilled craftspeople. 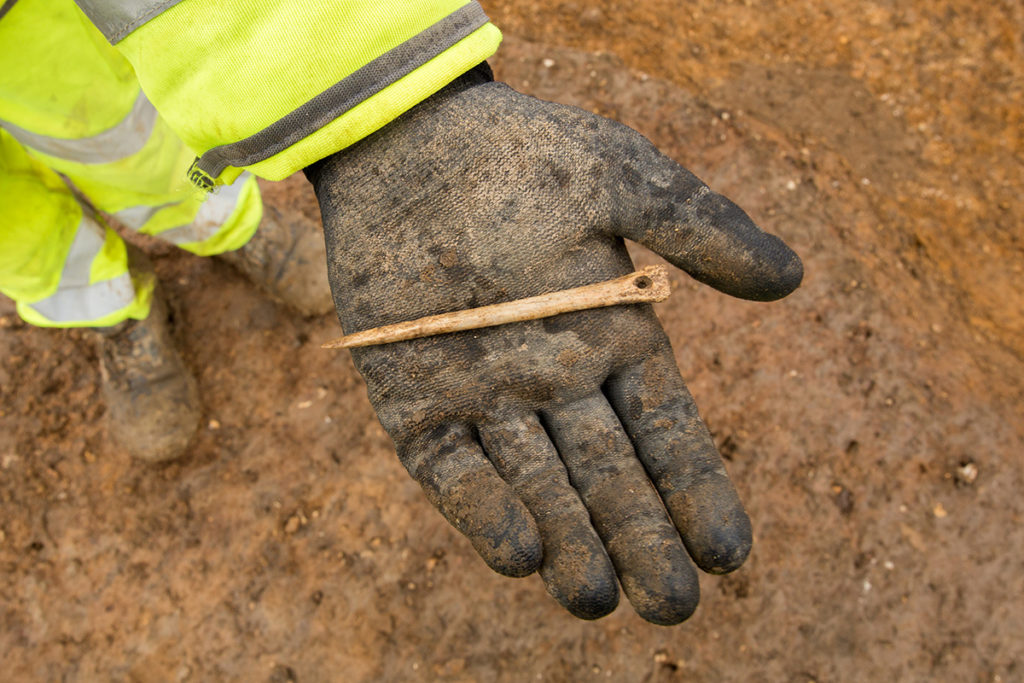 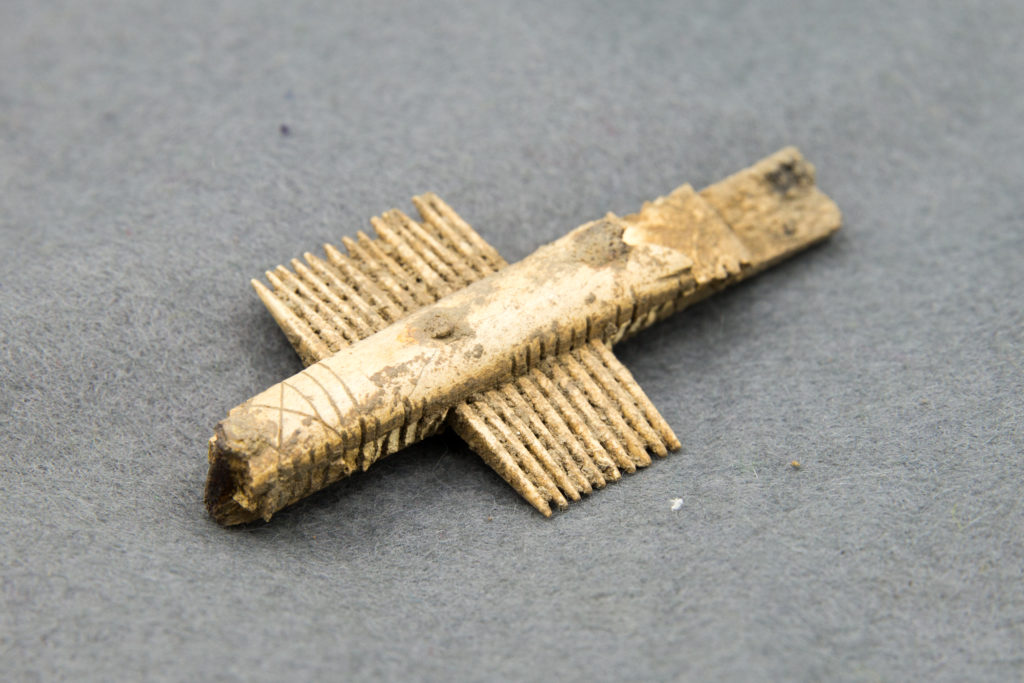 East of Conington in Brampton, we uncovered another large Anglo-Saxon settlement made up of 40 timber structures thought to date from 8th-9th centuries. Few floor surfaces or artefacts survive in the buildings to suggest their exact purpose but a drone flight over the site meant that we were able to see the layout in fantastic detail, like winding alleyways between houses and their nearby workshops and also agricultural buildings.

The site was of particular interest to Kasia Gdaniec – Senior Archaeologist at Cambridgeshire County Council – who said ‘Much of this landscape hasn’t been excavated before, and while we knew from aerial photos of crop-marks that we were likely to encounter Iron Age and Roman activity, here we have a whole Anglo-Saxon settlement that we simply didn’t know was there; it provides the missing piece of the settlement jigsaw for this area.’

Excavations in Brampton revealed that preceding features from the Bronze Age (barrows) and Neolithic (an enormous henge monument) shaped or influenced the layout of the later Anglo-Saxon settlement. Clearly these were landmarks with lasting influence, respected by people across different historical periods.