Huntingdon East, hidden in train sight – the archaeology of a forgotten station 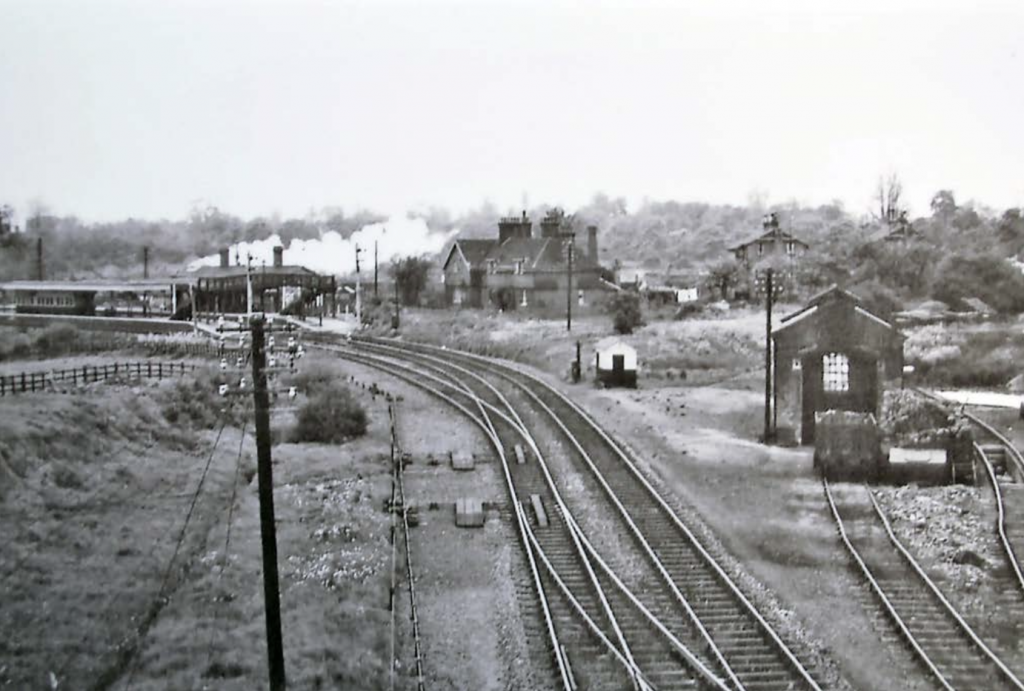 Huntingdon East, hidden in train sight – the archaeology of a forgotten station03 Jan

During our excavations on the A14 Cambridge to Huntingdon National Highways scheme, we have found some amazing archaeology, including the earliest physical evidence for beer brewing and flint tools from more than 4000 years ago. But archaeology isn’t just about the ancient past. In fact, it helps us understand the development of Britain’s biggest industries right up to the present day. And of course, that includes the railways!

Historic photograph of the station

While the development and growth of the railways in the Victorian period helped connect communities and made travel across the country much easier for ordinary people, there were some problems…

The Ely to Huntingdon railway opened in 1847. Unfortunately, the only part of the railway line built was a 4-mile-long track between St Ives and Godmanchester – one mile short of Huntingdon! Despite this, the station was named Huntingdon. In fact, by the time the “New Joint Station” opened in 1866, there were already two “Huntingdon Stations”, one in Huntingdon and one in Godmanchester.

Also, there were a lot of problems with the St Ives to Huntingdon line. These included fear of fire and collapse on the small wooden bridges which crossed the River Ouse. Consequently, train speeds were limited to just 10mph![i]

Although Huntingdon East was a well-used station until the Second World War, these problems were never solved. So, after less than 100 years, Huntingdon East closed to the public in 1959, and was demolished a few years later. The station’s remains lay hidden under the present-day Huntingdon Station car park, until we came to excavate as part of the A14 improvement scheme. 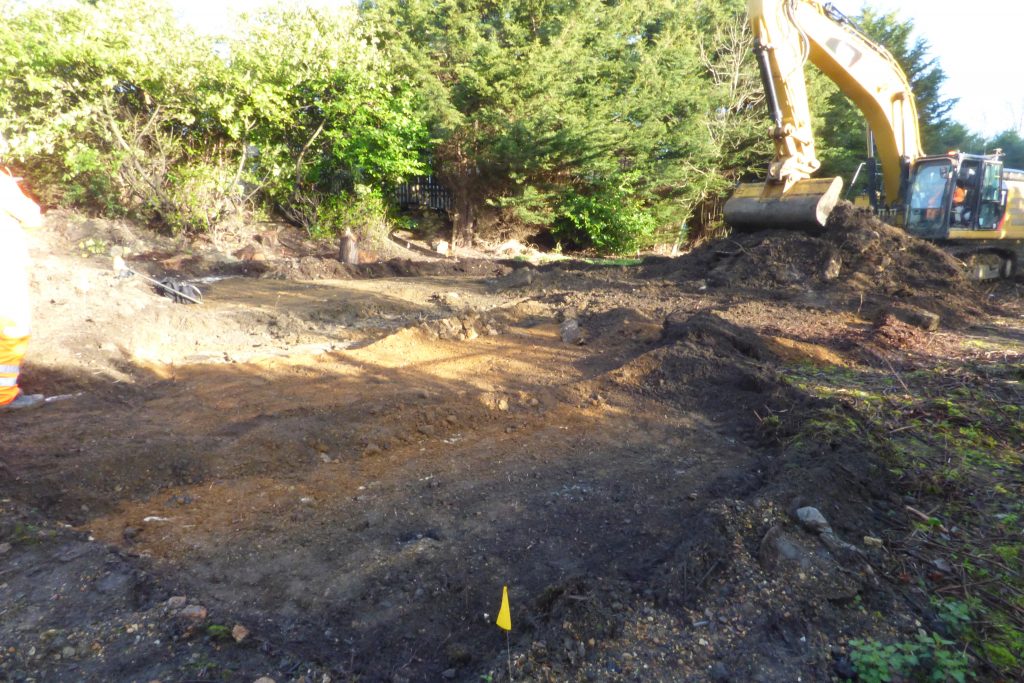 The start of the excavation

Britain’s railways were re-developed in 1963, and more than 4000 stations closed, including Huntingdon East. All of the buildings at these stations were demolished. But our excavations showed that a surprising amount of the station’s footprint still remained!

We found the foundations of the original eastern platform built in the 19th century. Only a small area of the platform wall remained, but our archaeologists could use this to tell how the platform was built. 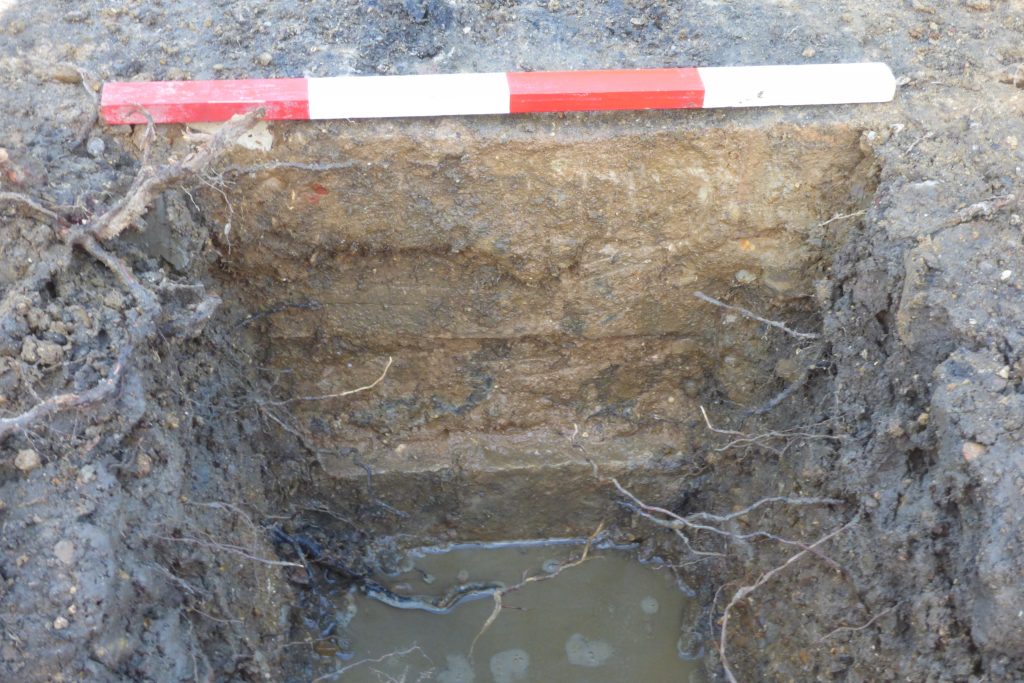 Bricks from the platform are revealed.

We were also able to identify a number of other buildings on the site. These included a signal box, the engine shed, coal shed, and tool shed.

By taking measurements of the foundations, our archaeologists could tell the engine shed was a medium size and was built in the most popular style of the mid-1800s. It had an inspection pit which was accessed by three steps. As well as allowing engineers under the trains for repairs, the pit would have been used to check the machinery and gears underneath the train for any faults, before and after journeys. 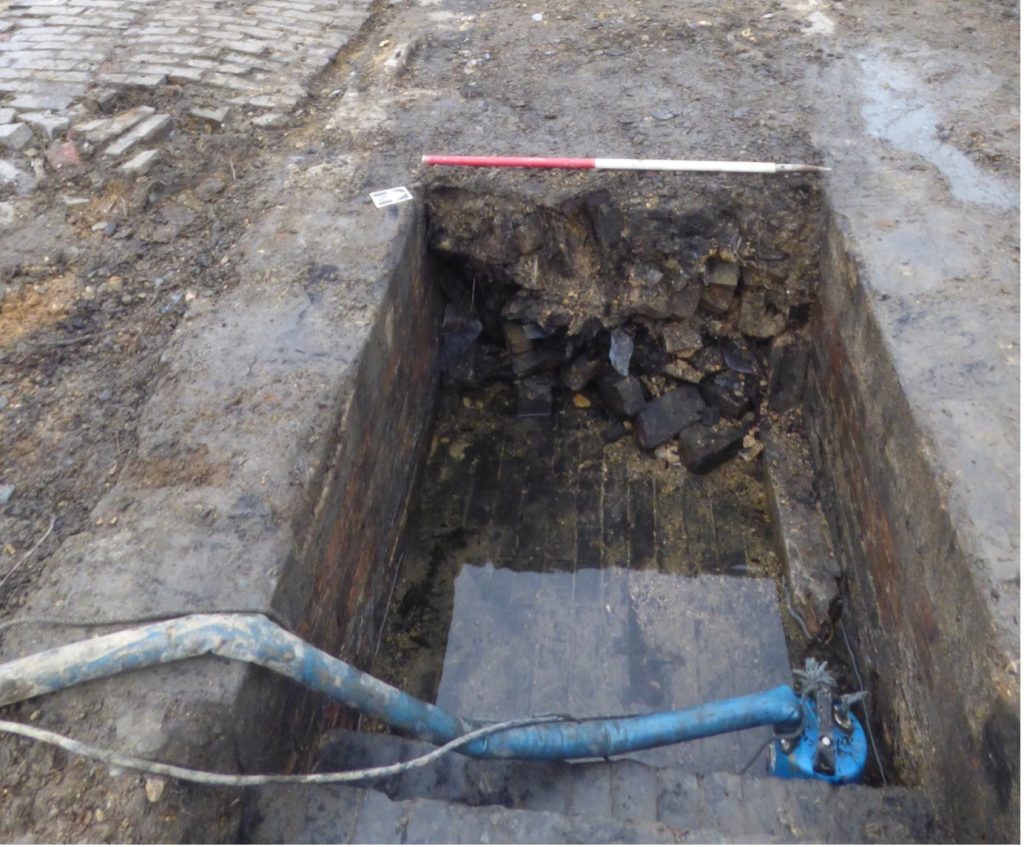 We also found the route of the train tracks. The metal tracks were salvaged when the station was demolished, as they could be reused. However, pieces of the wooden railway sleepers were left behind, as was a layer of gravel overspill from the track. 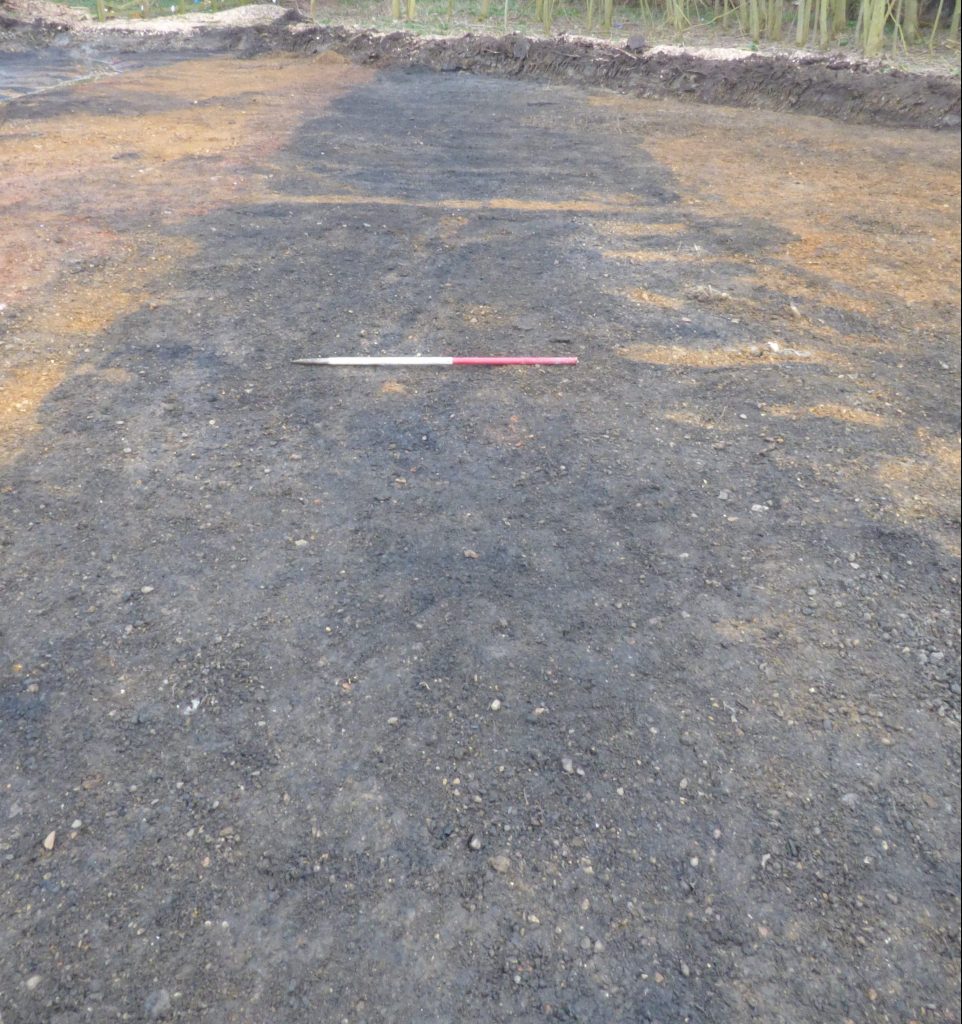 Gravel and darker soil shows the route of the train track

There were also some structures which didn’t appear in the photographs of the station, such as a brick culvert (drain) which was close to the engine shed. This was probably used for supplying water to the steam trains. This shows that even when we have photographs or historic records of a site, archaeology can still uncover something new! 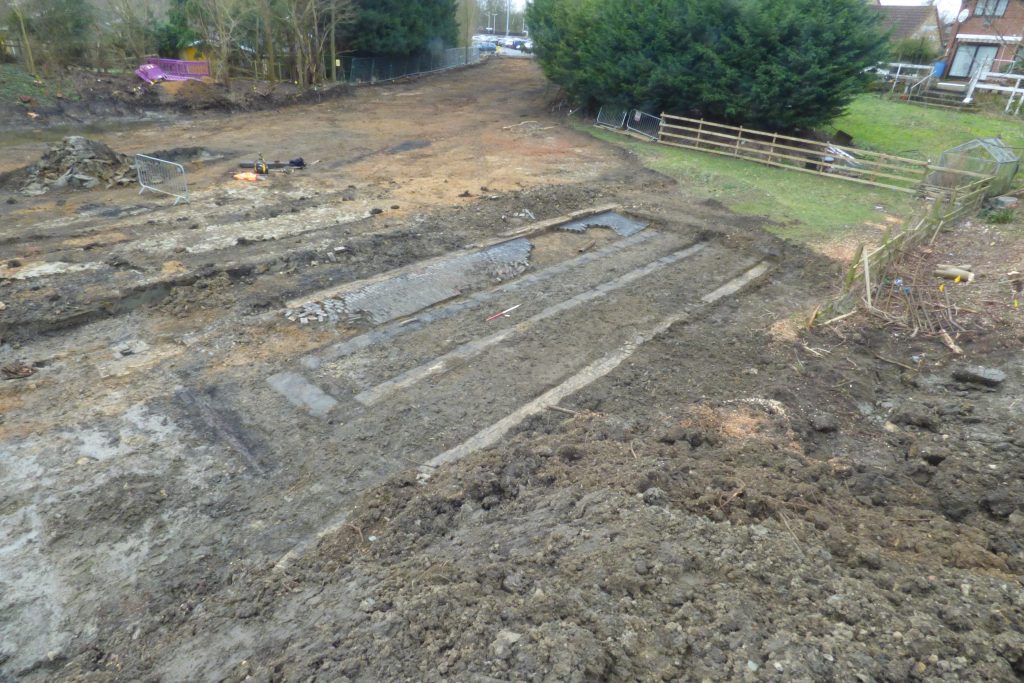 The footprint of the engine shed

Our excavations at the site of the former Huntingdon East Railway Station have helped better tell the story of its rise and fall. Excitingly, they have also generated a lot of interest in the former railway, with local residents recalling the features and sharing images of the trains. A short report about the site has been written, to be published in the near future.

What we found is useful for our understanding of the local area, but it is much more important than that. The remains of Huntingdon East can help us, and future archaeologists, understand how much survives of the other demolished Victorian stations lying hidden in towns across England, waiting for their chance to be rediscovered!