Radiocarbon dating on the A14 Cambridge to Huntington Improvement Scheme 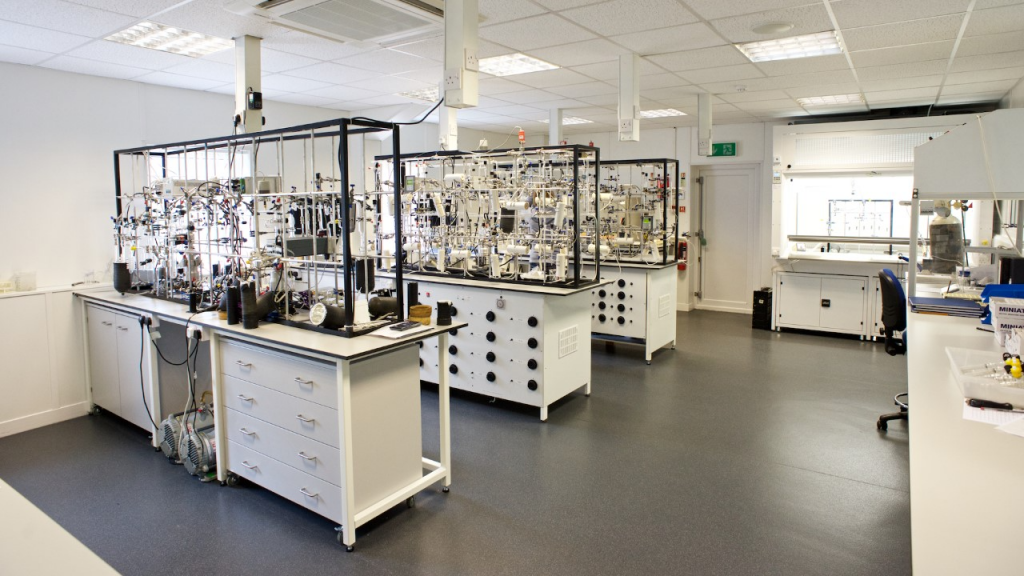 Radiocarbon dating on the A14 Cambridge to Huntington Improvement Scheme17 May

Radiocarbon dating is a key tool that is allowing us to more precisely understand the chronology of archaeological sites and features across the A14 Cambridge to Huntingdon improvement scheme. Over 400 radiocarbon samples have been sent to the Scottish Universities Environmental Research Centre (SUERC), giving us dates for features such as Neolithic monuments, Bronze age cemeteries, Iron Age roundhouses, Roman structures and Anglo-Saxon sunken-featured buildings.

What is Radiocarbon Dating and how does it work?

In archaeology, radiocarbon dating is used to determine the age of organic material such as charcoal, other charred plant remains (like barley grains), human and animal bone. The principle of radiocarbon dating is relatively simple, plants and animals take up carbon from their food throughout their lives including a small amount of the radioactive carbon isotope, 14C (Carbon-14). When the organism dies this stops and the 14C begins to decay (break down) at a known rate that can be measured. By measuring how much 14C is left in the organic matter, we can estimate when it died – a radiocarbon result!

In practice, the process is far more complex. A major reason for this is that the amount of 14C in the atmosphere changes over time. The radiocarbon age must be calibrated (compared to and adjusted) against an internationally agreed curve to give a radiocarbon date. When you read about radiocarbon dates you will see them given as a calibrated date range, to reflect this uncertainty. 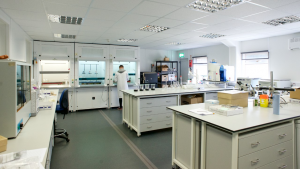 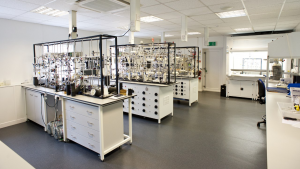 Radiocarbon dating has been used to answer many important questions that have arisen from the archaeology of the A14:

Radiocarbon dating has been used to confirm a late Roman (3rd-4th century AD) date for two unusual burials, where the legs had been detached and placed elsewhere in the grave. It was suspected that these burials were late Roman as inhumation (burial in the ground) was the typical rite at the time, though the tradition does continue into post-Roman times, and radiocarbon dating of the individual is the only way to be certain. 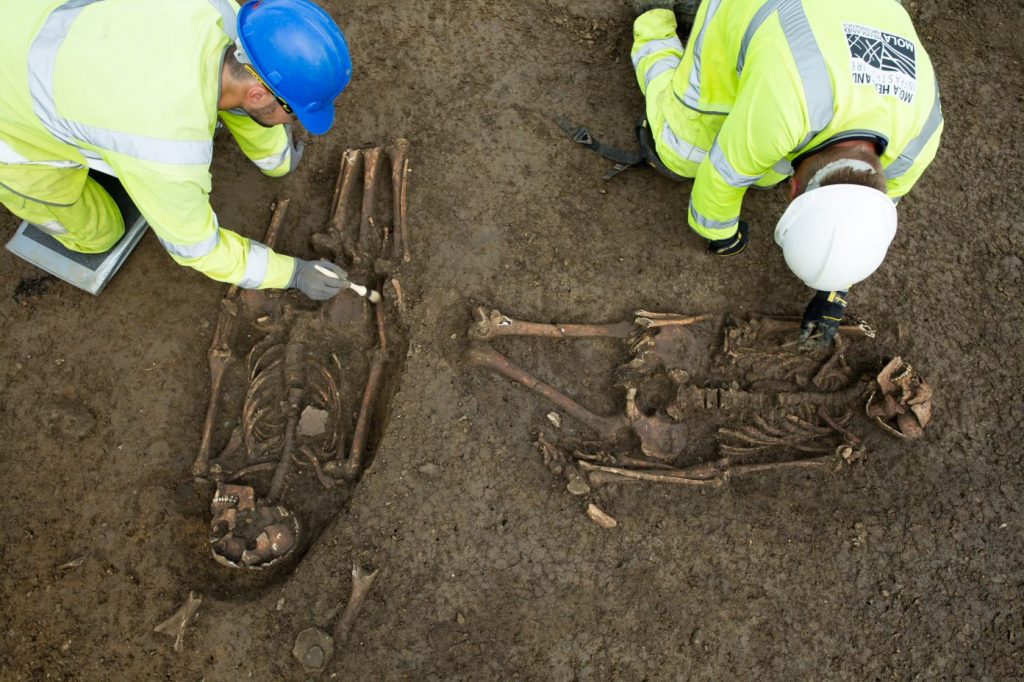 A highlight of the radiocarbon dating programme from the A14 has been the creation of a detailed chronology of two middle Bronze Age (1500-1150 BC) cremation cemeteries in two excavated areas of the scheme, at West of Ouse and Fenstanton Gravels. At West of Ouse, over 50 cremations, both in urns and without, were cut into an earlier Bronze Age Barrow. The radiocarbon dates from samples of cremated bone and charcoal have provided not only a more precise date for the middle Bronze Age cremations but also confirmed the presence of later burials. A small number of cremation burials have been dated to the Iron Age, including a rare example dating to 818-777 cal BC, a period when there is little evidence for any burial. 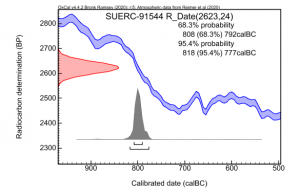 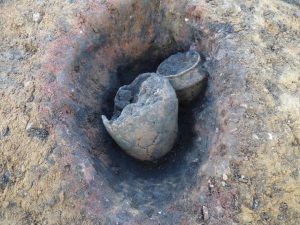 A large cemetery was also found in Fenstanton Gravels where a group of 55 cremation burials were radiocarbon dated to the middle Bronze Age (c 1500-1150 BC). Funerary practices changed in the middle Bronze Age towards a greater focus on groups of cremation burials so it is important to try and understand questions like; how long the cemeteries were in use? Can we identify any phases of use? This can provide us with insights into how the cemeteries were used by the people that chose to bury their dead in this way.

In addition to standard radiocarbon dating, we are working with Dr Derek Hamilton (SUERC) to use a statistical technique called Bayesian modelling to help us to address these questions. Bayesian modelling can refine the precision of the date range and be used to model phases of activity. The preliminary Bayesian modelling from Fenstanton Gravels suggests cremation burial was taking place from the 15th century cal BC to the end of the 13th or beginning of the 12th century cal BC. There is ongoing work to refine the dating as there is a high degree of variability in the data, which may be the result of significant amounts of long-lived timber being used in some cremations.

Bayesian modelling is also being used to explore the phases of Anglo-Saxon settlement across the scheme. We look forward to updating you with the results.