What can historical documents add to archaeology? 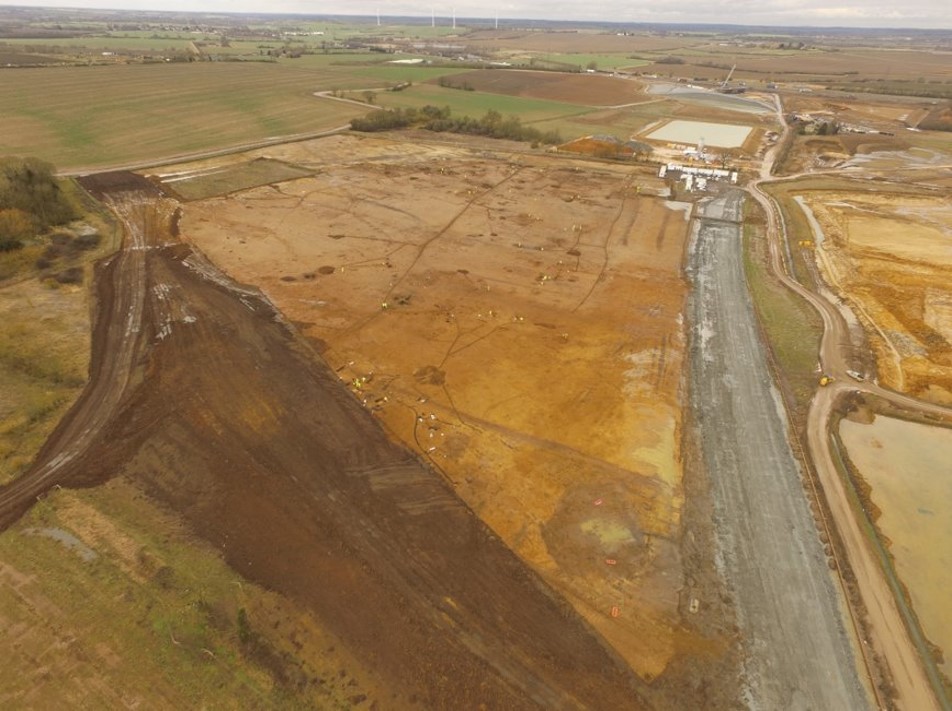 As archaeologists, we usually focus on the excavation and analysis of the physical remains of people’s lives, such as pottery, bone, and coins. But there is another source of information which can bring a new element to our investigations! In this blog we will explore some historic documents. These relate to the deserted medieval village of Houghton, near Huntingdon in Cambridgeshire. Back in 2016-2018 our archaeologists excavated the site as part of the National Highways A14 Cambridge to Huntingdon Road Improvement Scheme. Historic records have already helped reveal a possible reason the village was abandoned around the 15th century. Now they are also giving us a brilliant insight into the lives of those who lived in Houghton – including how they stood up to the one of the most powerful feudal lords of 14th Century England.

The village of Houghton definitely existed before the Norman conquest. But it doesn’t actually appear in the Domesday book – a huge survey carried out for the new Norman rulers of England in 1086. We think that Houghton was included with the entry for the neighbouring village of Brampton. Brampton was a large settlement with its own priest, 38 tenants and 100 acres of meadow (a modern football pitch measures around two acres).

Houghton appears in writing for the first time in the 1279 Hundred Rolls. This was essentially an updated version of the Domesday Book. The 1279 Hundred Rolls gave King Edward I all the information he needed about each village in England. This included how many people owned land and even their names! It tells us that during this time there were 34 tenants living in Houghton, and that 20 of them had houses or other buildings. Our archaeologists can compare this to their excavations in the village. We identified 13 buildings as part of the main 12th-13th century phase of the village.

During this time, people in England lived under the feudal system. This meant that ordinary people (peasants) had to pay rent to the lord of the manor. Many had to work on their lord’s land at least 2 days a week and could be called up to fight in his army. The lord could even decide which people were allowed to marry! In the 1279 Hundred Rolls, however, we can see that the villagers of Houghton are actually recorded as ‘sokeman’. This meant they were “free” peasants and didn’t have to work on the lord’s land, although they did have to pay a (high!) cash rent for their tenancy. The villagers of Houghton were in a minority of free peasants, but this did not mean they were content with their lot in life…

By the 14th century in England there was a lot of social and economic uncertainty. Even before the Black Death swept across the country in 1348, there was the Great Famine of 1315-22. The famine killed 10-15% of the population in seven years. And the village of Houghton was no exception to unrest!

In the summer of 1338 seven villagers from Houghton, along with a local priest and at least 47 others from Brampton, stormed a house belonging to the Earl of Derby (a cousin of the king) after his men took “certain beasts” as a form of payment for rent and services.

The Earl of Derby was away at the time and the villagers were able to carry off not only the prized animals, but also £40 in cash (more than five years’ salary for a skilled tradesperson in 1340). This was the equivalent of almost £30,000 in today’s money.

This event is recorded in the 1338-40 Patent Rolls, with the king granting a license for six men to bring those responsible to justice. By comparing information with other historical documents and archaeological evidence, we can find out more about the lives of some of the villages who rebelled against the earl:

Interestingly, this rebellion happened during a period where we don’t have much archaeological evidence of activity in Houghton. From analysis of pottery remains we thought the village was largely abandoned by the end of the 13th century, with a small return in the later 14th century. The documentary sources paint a different picture! There seems to be plenty of life in the village. As well as the rebellion in 1338, we can see there were no fewer than three brewers in Houghton during the 1350s (perhaps carrying on the long tradition of beer production in Cambridgeshire!).

We don’t know exactly why the archaeological and documentary evidence show two different stories. As we continue on with our post-ex work, we hope to find some more answers. It might be that we haven’t found a lot of pottery from the early 14th century because people didn’t have enough money to buy new pots. A decline in wealth in the village could also explain why they became angry enough to join a rebellion! Whatever the answer, it shows us we need to draw together lots of different sources to understand the history of Houghton. 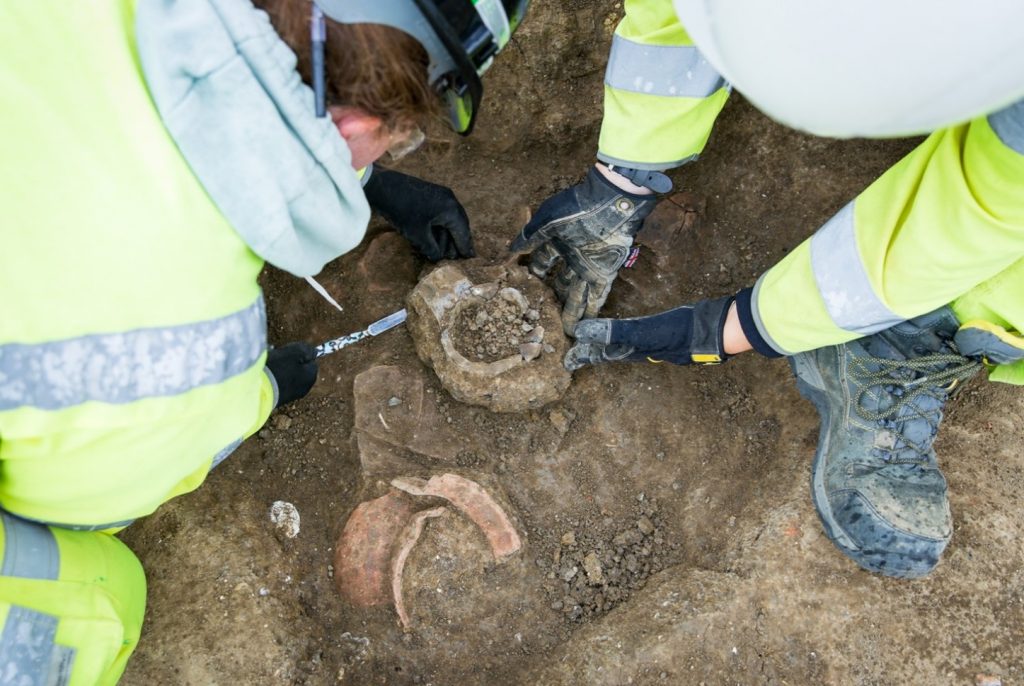 Thanks to Professor Chris Dyer, University of Leicester, for undertaking the documentary research.