The Iron Road: Birmingham and the Development of the Railways 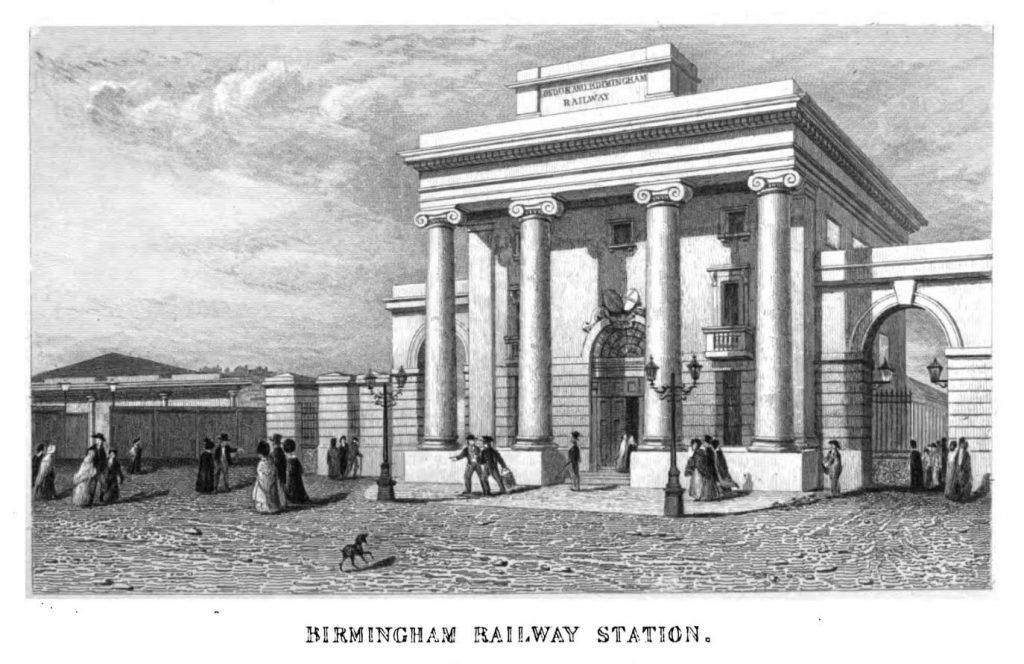 The Iron Road: Birmingham and the Development of the Railways19 Nov

MOLA Headland Community Engagement Officer, Paul McGarrity, explores the rich railway history of Birmingham and recent discoveries made at Curzon Street during archaeological work carried out on behalf of LM for HS2.

Excavations at the site of the terminus of the London to Birmingham rail route at Curzon Street station have uncovered the foundations of a roundhouse engine shed, thought to be part of the original 19th century station complex. The building would have contained 16 engine bays with a central turntable, allowing the locomotives to be turned. These foundations join the single terminus building as the only remaining evidence of the original Curzon Street station; the rest was demolished in the 1860s as the nearby goods yard expanded.

Part of the turntable footing seen in one of the evaluation trenches © HS2, courtesy of Headland Archaeology

When it first opened in 1838, Curzon Street Station was at the cutting-edge of railway architecture. The building was designed by Philip Hardwick who was also responsible for the similarly classically inspired station in Euston. It was home to a refreshment room and a hotel for those who needed somewhere to stay between transfers to the adjacent Grand Junction station or before their return journey.

The line itself was built under the control of Robert Stephenson, the only son of pioneering railway engineer George Stephenson. Robert helped his father during the construction of the first ever commercial railway, the Darlington to Stockton line. The London & Birmingham line was his first major commission as lead engineer. It was a particularly significant project as it was the first line to terminate in London.

Rail travel itself was still a very new concept and one Birmingham newspaper thought it worthwhile to provide a step-by-step guide to navigating a journey from Birmingham to London, including such vital information as ‘…having paid your fare, you will receive a numbered ticket, which you must retain until it is required of you by the ticket-collector at the end of your journey’.

By 1852, however, the grandeur of Curzon Street was superseded by the construction of New Street station, a better-connected mainline hub. The crowds of commuters were replaced by pallets wagons and boxes as the station was converted into a goods depot for London Midland & Scottish Railway.

The archaeological programme at Park Street in Birmingham is being carried out by our experts on behalf of LM for HS2 Ltd. To find out more about the programme visit www.hs2.org.uk or for information on what is going on in your local area head to Birmingham’s Commonplace.