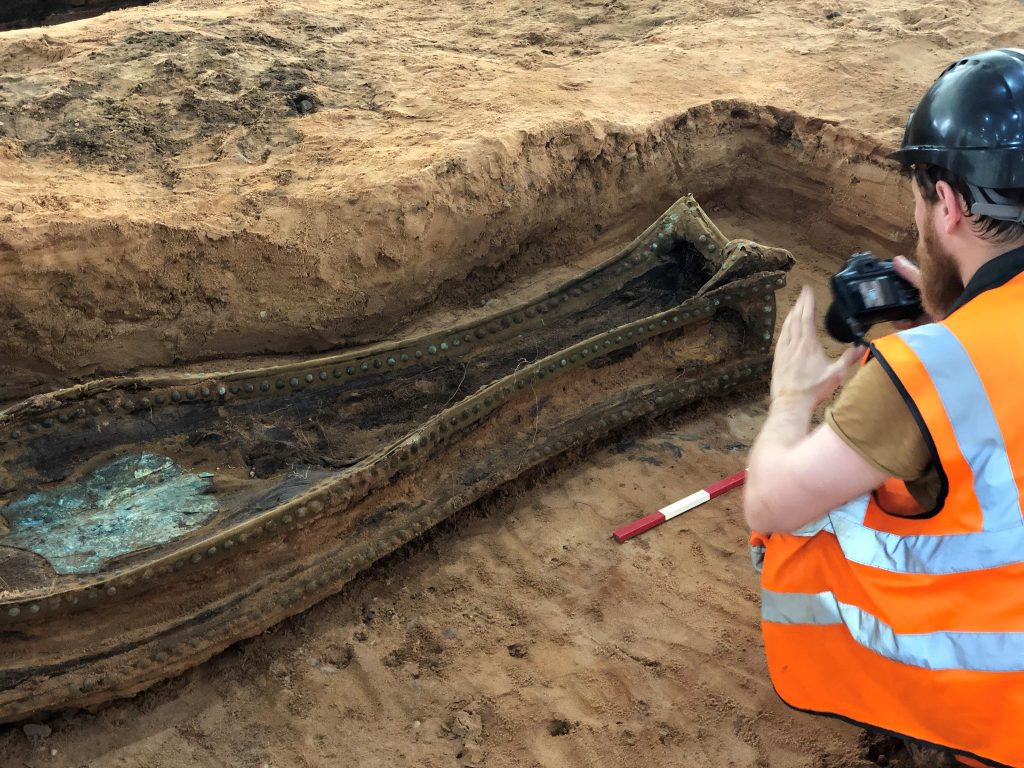 A team of 70 of our archaeologists has completed the main archaeological excavations at Park Street for the new Birmingham terminus of the HS2 railway and will be sharing initial finding with the public at a Heritage Open Days event on 21 September 2019.

The extraordinary dig, the biggest of its kind in Birmingham’s history, has resulted in 6,500 skeletons being excavated from the 19th century burial ground. We are beginning to examine the skeletons in closer detail, alongside artefacts discovered within the burial ground, including figurines, coins, toys and necklaces. Names plates have been found with a small number of the people buried at the site and we will combine research of historical documents, such as parish records and wills, with analysis of the skeletons, to develop detailed biographies of these individuals.

Based on the findings from the site, our on-going research is focusing on:

We will be sharing initial finding with the public at a Heritage Open Days event on 21 September 2019 and invite local people to discover the hidden gems of Birmingham for themselves in a free, self-guided walk.

The archaeological programme at Park Street in Birmingham is being carried out by archaeological experts from MOLA Headland on behalf of LM for HS2 Ltd. To find out more about the programme visit https://www.hs2.org.uk/, for information on what is going in your local area or how you can get involved head to https://hs2inbirmingham.commonplace.is/ and for more on the unfolding archaeological research visit www.molaheadland.com/news.