In the last #A14Archaeology blog, we looked at Iron Age coins in Cambridgeshire and found out from our numismatist, Julian Bowsher, about the significance of one particular Iron Age coin discovered along the route. In this blog, we’re taking a closer look at a rare coin with a more dramatic tale to tell.

Our archaeologists have uncovered an incredibly rare coin featuring a Roman emperor who reigned for only two months during the post-excavation work on the A14 Cambridge to Huntingdon improvement scheme. In this blog, we explore the significance of this coin.

The coin was discovered in the ditch of a small Roman farmstead unearthed on the project and the head on it has been identified by our in-house numismatist, Julian Bowsher, as the ill-fated Emperor Laelianus who usurped the Gallic Empire in AD269. 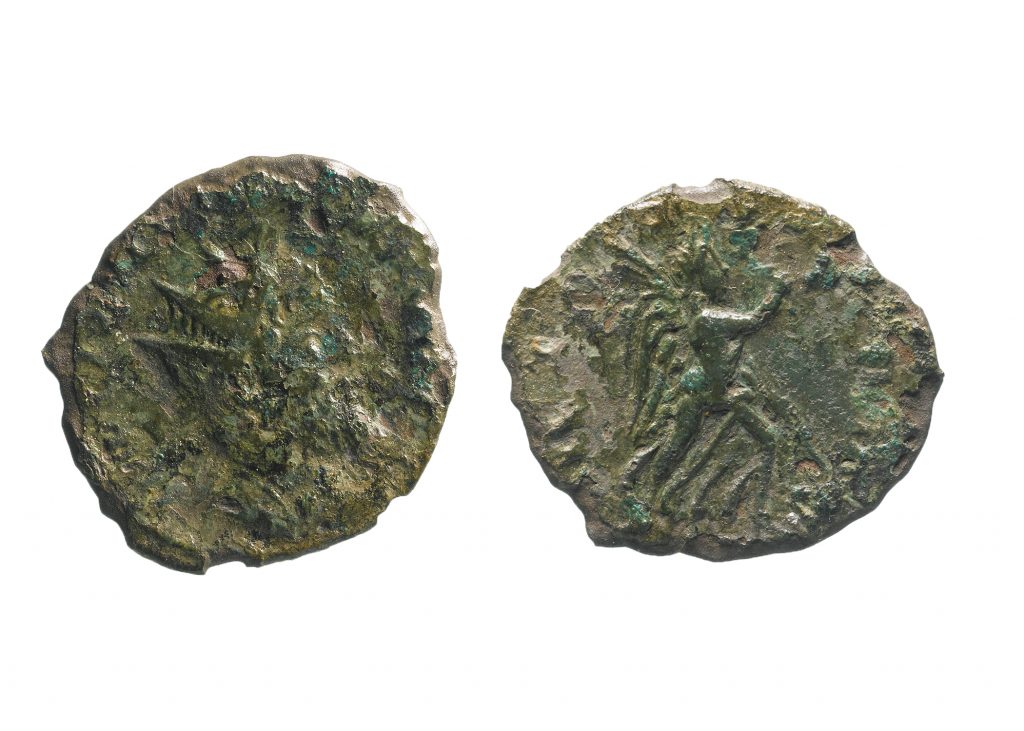 The ‘radiate’ coin, which depicts the Roman emperor Ulpius Cornelius Laelianus, is only one of very few found in archaeological excavations in England, most have been found in hoards.

Roman emperors used their coins to broadcast their rule and to display imperial power. Laelianus reigned for just two months which is barely enough time to do so. However, coins were struck in Mainz, capital of the province of Upper Germania, and entered into circulation. The fact that some of these coins reached the shores of Britain demonstrates remarkable efficiency, and there’s every chance that Laelianus had been killed by the time this coin arrived in Cambridgeshire.

The find is significant because the usurper Laelianus ruled a breakaway empire from Rome for a short spell in the third century, and physical evidence of his reign is very rare. This coin did likely not arrive in Britain from the continent until after the ill-fated emperor’s demise.